Navagrahas are believed to be manipulated by Mother Parameswari. The roles played by planets in the life of an individual is very significant. Our fate is influenced immensely by the movement of planets. It is said that the planet position at birth time depends on man’s previous life Karmas.

Though being spared from such Karma is impossible, the agonies and mishaps can be minimized drastically by appeasing Navagrahas. The ways to do so have been traced by our ancestors and we obviously should be obligated to them for this virtuous deed.

Worshipping Navagrahas with total devotion to lord can of great help. Every navagraha temple has its own unique rituals and following them is important.

Here we bring to you all the required details of Navagraha temples in Tamil Nadu. Navagraha temples in Kumbakonam are a must visit for having a great spiritual experience. You can depend us for the best Navagraha temple tour packages.

Let us have a glance on some of the important facts about these temples, in case if you have any plans for Navagraha temples tour.

It has been recorded in Markandeya Purana that sun owes its birth to the sound ‘OM’ that got initiated along with the origin of this universe. Suriyan is said to be Lord Shiva’s right eye. This auspicious Graha rotate around this world on a chariot that is driven by seven horses guided by Arjunan. Wearing a silk wardrobe with golden shade, Sun has two lotuses on his shoulders and there are eight hands for him. .Also considered as lord of seasons, he has many other names including Prabhakaran, Aadavan, Pakalavan, Kathiravan and Bhaskaran. The shrine for Suriyan is Suriyanar Temple Thirumangalakudi.

After Suriyan(Sun), Chandran is considered to be the most propitious among Navagraha temples. The sacred texts reveal that the birth of Chandran traces back to the time when Devas churned the milk ocean. It narrates that Moon had its manifestation from Lord Vishnu’s heart. Appeasing Chandran makes you famous and give vision to those exposed to blindness. The temple dedicated to chandran is Kayilayanathar Thirukkoil in Thingalur.

Chandran Koil is located 18kms from Kumbakonam, on the way to Thiruvaiyaru.

The Graha Chevvai is said to have born from the sweat from forehead of mother Uma when she was living separate from Lord Shiva. Another mythology considers Chevvai as Sage Bharathwaja’s son and Mother Earth brought up him. Even more different versions are there. He has reddish color, travels on Annam bird and sits in triangular. His chariot is golden and is driven by eight horses. Among his four arms, three hold weapons and one exhibits a pose of harborage. Other names for Chevvai are Bhumiputran, Kuja and Bowman. VaidheeswaranKoil about 6 km South of Sirkazhi, on the way to Mayiladuthurai is the concerned shrine praying chevvai where you can minimize the distresses imposed by Chevvaidhosams.

Chevvai Koil is located 7 kilometers from Sirkazhi, 27 km from Chidambaram, 110 km from Thanjavur and 16 km from Mayiladuthurai.

Considered as the lord of Knowledge, Bhudhan is the son to Thara and Chandran. Bhudhan has greenish shade and he is seated on a base shaped as arrow. He drives a horse. The Graha has a chariot that is drove by four horses. He is fond of White Kanthal flowers. Budha resembles a lot to Lord Vishnu in terms of appearance. Rig Veda’s fifth chapter addresses him in detail. He poses a refuge on the right hand while his other hands hold weapons. He also have many other names like Sowmiyamurthi. Manoharan, Buddhidaha and Thanapradhan. The shrine of bhudhan is at Sweythavanam in Thiruvenkadu praying there you can be spared of Budha Dosha.

Budhan Koil is located 26km from Mayiladuthurai and 10km from Sirkazhi

With its position fifth from the sun, Guru is known to be a Satvic inclining to harmony. The chariot of Guru is towed by a golden horse and he travels on an elephant. There are books in his four hands and other names by which Guru is known are Mantri, Brahaspathi and Vyazhan. Guru can influence human life for 16 years and on pleasing blesses you with marriage, wisdom, high positions, honours, riches, sons and happiness. Thiruvalangadu is the Shrine of Guru located at Alangudi.

Sage Bhrigu and his wife Pulomisai are the parents of Sukran. Bhrigu was in fact the mind born child of Brahma Deva. Sukran erected a linga to worship in Kashi and prayed there for a long. He in course of time mastered Amritha Sanjeevini Manthram and with this he earned the capability of reviving the dead ones. Asuras honored Sukran and accepted him as their Guru. As the devotion of Sukran pleased Shiva, he made Sukran a Graha. Shining towards the eastern line, it is brighter when compared to Budhan but like moon it also decays during its phases. Sukran has a silver like color, rests with pentagonal posture and is fixed on a falcon with a white lotus in his hands. He sits on a crocodile and ten horses drive his chariot. The shine for Sukran is Agniswarar koil in Kanjanur.

Saneeswaran is robed in black with narrow chest and a lame leg. In one hand he has a huge lance and other hand is posed as a refuge. He sits on a Lotus seat and uses crow for travelling. He also bears a Karunkuvalai and is pliable to vanniand yell. In Tamil there is saying, No one gifts like Sani and none is there who takes away like Sani. This in fact reflects the extremism of impacts that Saneeswar can make. Other names by which Saneeswar is known are Kari, Goonan, Madavan and Manthan. Sani can influence you even up to 19 years and plays crucial role in determining an individual’s longevity. The related shrines are Dharuparayanam and Tirunallarsaniswaran koil also known as dharbaranyeswarar temple or Saneeswar temple in Thirunallar.

Saneeswaran Koil is located 5 km from Karaikal, 38 km from Mayiladudhurai and 40km from Thiruvarur

Rahu who deceitfully took elixir of immortality from lord Vishnu was beheaded before the elixir reached the whole body. After this the head part, Rahu got metamorphosed to a snake tail. Though Rahu is a shadow planet, the influence it has on shadow planet is huge. Rahu is situated in Southwest and pleases with Mandharai flower, Arugu leaf and Ulundu grain. Resembling closely to a dark snake with face of a lion and four hands, he rides on a goat. Hischariotis pulled by eight horses. Rahu can influence you for a period of 8 years. Praying in SRI Naganathaswamy temple (Sri Raaghu Sthalam), at Thirunageswaram, the shrine of Rahu, the vices can

Thirunageswaram or Rahu Koil is located on Karaikal road 6 km from kumbakonam. Nearby rail station is at 2 k.m at Theprumanallur.

Kethu is believed to be a red snake that clutches Suriyan thus paving way for solar eclipse. In course of time, after being separated from Rahu, Kethu became one of the nine among Navagrahas by Lord Shiva’s grace. He became divine with five snake heads that are grown on him. Kethu has the power of deciding whether you achieve moksha or not. It can influence you for a period of 7 years. The shrine of kethu is Naganathaswamy Temple in Keezhaperumpallam. Praying here bestows one with moksha and wisdom. You will be blessed with good children and can even have a chance to visit and live in foreign countries. It is believed that Kethu is a healer for fever, tuberculosis, skin diseases and leprosy

Having our expert information by your side, you can perfectly cover all important navagraha temples tour in one day or two days from Kumbakonam or Mayiladuthurai.

Note: If you are planning to start your trip from bangalore or chennai, you should reach Kumbakonam to start the trip. Kumbakonam is considered as a center of location for all 9 navagraha temples. For further information read through the website. 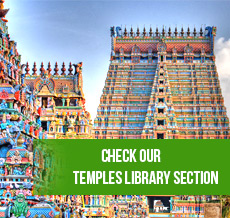 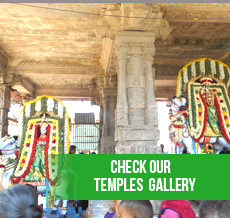